The characteristics of the Australian Kelpie

Working with livestock is of course no longer in the foreground when breeding the Australian Kelpie. But the necessary qualities such as the urge to move, perseverance, and motivation still characterize the pedigree dog today. It is an enthusiastic, stubborn, and agile dog, which with good education and feeding can also be very peaceful, calm, and obedient. When he has enough exercise and action, for example in dog school or with dog sports, the Kelpie is also suitable as a family dog. He loves children and is very docile, loyal, and affectionate towards their own family. He deals with strangers with some suspicion, yet despite his alertness and fearlessness, he is not considered a watchdog. The Kelpie is very outgoing and social towards other animals so that living with other animals is usually very peaceful after a normal adjustment period. 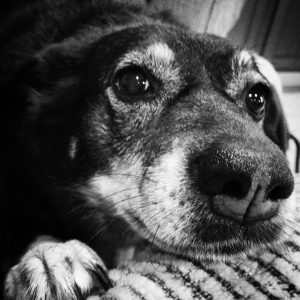 The medium-sized Australian Kelpie is not only ‘sly as a fox’, but the shape of its head is reminiscent of that of a fox. Its eyes are almond-shaped and the teeth are clearly visible. The bushy tail, which is raised when active, hangs down in a slight arc. The short hair of the Kelpie, with a short and dense undercoat, not only protects against extreme cold and heat but thanks to the rather hard and flat adjacent guard hairs, it is also completely waterproof. However, the coat color can vary widely. Although the majority of Kelpie’s today are single-colored, the spectrum of his coat ranges from black, black-brown, and through various shades of blue to red, red-brown, chocolate brown, and cream.

The fur of the ‘tribe mother was black-brown. In 1870, the Scottish immigrant family Rutherford took six black and tan Collies from the British Isles to Australia. The sheepdogs generally called Collies in Scotland, aroused the interest of Australian Shepherds because of their good work and they began to be crossed with other mainly English sheepdogs. One of these crosses gave birth to a bitch named ‘Kelpie’, which means ‘water spirit’ in Gaelic. Kelpie won a sheepdog competition in 1873, greatly increasing demand for this breed. A new dog breed was born! The first standards for the breed, named after the Australian Kelpie, were drawn up in 1902. 87 years later, in 1989, the Australian Kelpie was finally recognized as an independent breed by the FCI.

The grooming requirements for keeping an Australian Kelpie are relatively minor. While regular deworming such as example parasites is always necessary – this is no wonder as this dog prefers to be in the open air – yet a coating treatment, much needed in many dog ​​breeds, is not necessary with the Australian Kelpie. Thanks to the short hair, regular brush enough to remove dirt and dust.

However, teaching and keeping the Kelpie busy takes a lot of time. Dogs of this breed need a lot of exercises. Australian Kelpies are small bundles of energy that enjoy long walks and need a lot of freedom. It goes without saying that such an active, lively dog ​​does not belong in a city house, but feels best in a large garden. Lots of exercises are necessary for the Australian Kelpie, but this alone is not enough for this intelligent, happy breed of dog. Kelpies need to be stimulated not only physically, but also mentally. 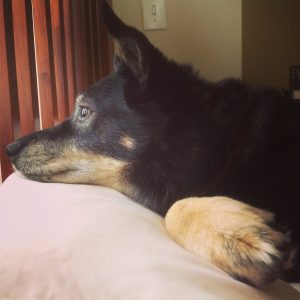 The dogs are considered very independent and like to know the meaning of a command. They do not like to do simple, one-sided, and repeatedly repeated exercises and therefore prefer to look for a task that is more meaningful in their eyes, not always to the delight of their owners.

Although the Australian Kelpie is eager to learn, by no means should one think that they would be easy to train. Their great intelligence, combined with strong independence, requires a lot of creativity and consistency in raising and keeping this dog breed.

When despite the dog’s temperament and urge to move, one is prepared to make a lot of time available for education and activity (e.g. at dog gyms) the Australian Kelpie makes an extremely loyal, devoted companion, and thanks to its versatility, endurance, and agility, many joyful years. In addition, Kelpies love to cuddle and kiss people they know, so don’t worry, these dogs aren’t just for sheep!