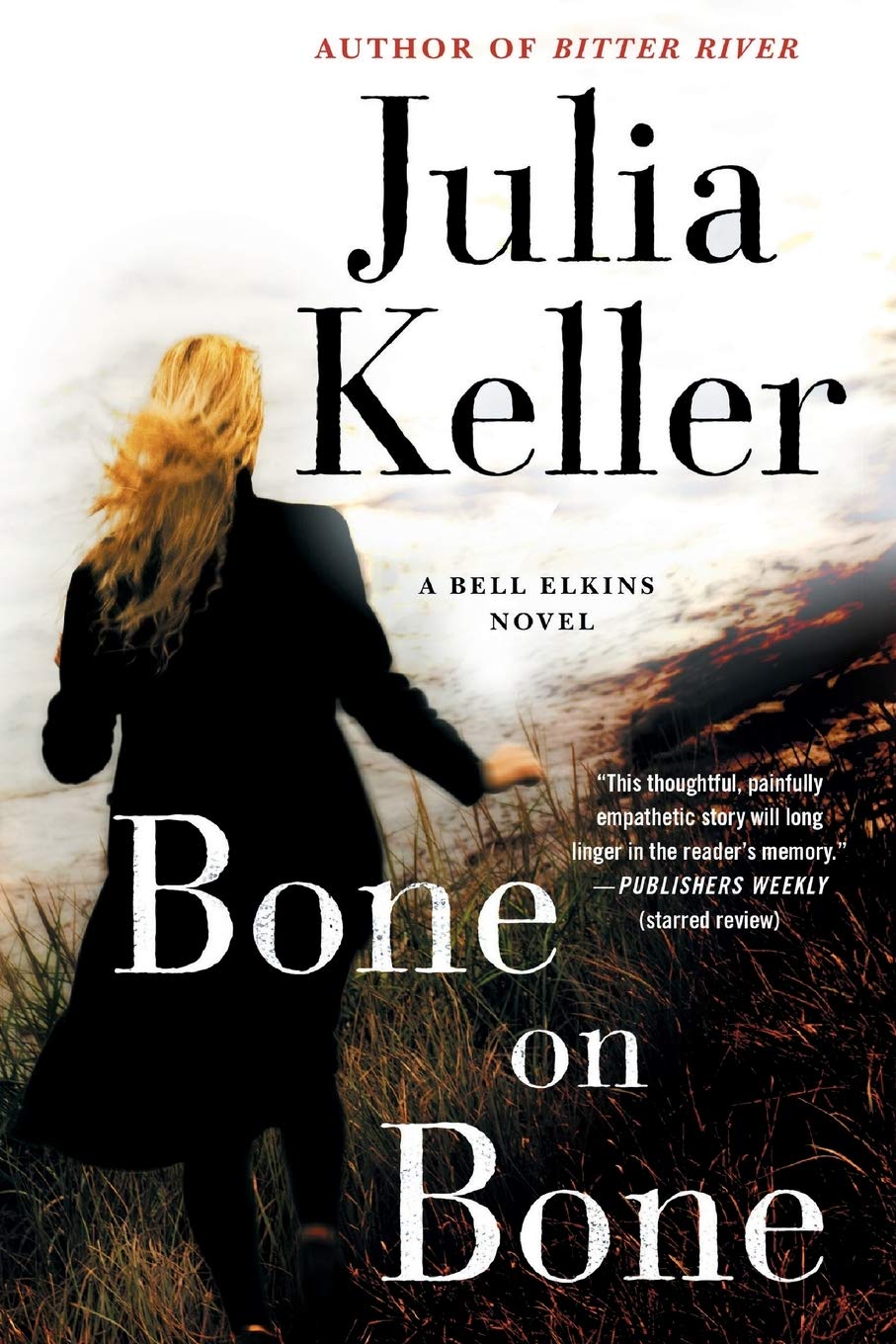 Bone on Bone, the next powerful chapter in Pulitzer Prize-winner Julia Keller’s beloved Bell Elkins series, sends readers headlong into the thick of a mystery as young as today’s headlines — but as old as the mountains that hold these lives in a tight grip.

How far would you go for someone you love? Would you die? Would you kill? After a three-year prison sentence, Bell Elkins is back in Acker’s Gap. And she finds herself in the white-hot center of a complicated and deadly case — even as she comes to terms with one last, devastating secret of her own.

A prominent local family has fallen victim to the same sickness that infects the whole region: drug addiction. With mother against father, child against parent, and tensions that lead inexorably to tragedy, they are trapped in a grim, hopeless struggle with nowhere to turn.

Bell has lost her job as prosecutor — but not her affection for her ragtag, hard-luck hometown. Teamed up with former Deputy Jake Oakes, who battles his own demons as he adjusts to life as a paraplegic, and aided by the new prosecutor, Rhonda Lovejoy, Bell tackles a case as poignant as it is perilous, as heartbreaking as it is challenging.